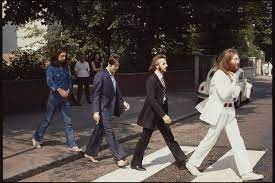 Learning to drive is something that many people struggle with. In fact, there have been many changes to the driving tests that are needed to gain a license in the UK over the years, and there is a lot to remember, so understandably, it is a challenge for most people.

A few decades ago, driving in the UK looked very different – with fewer vehicles on the road, and not as many road laws to have to recall, driving was not as stressful for most people as it is now. However, the laws and guidelines that we use on the roads today are in place for our own safety, and learning to recognise what things like chapter 8 chevrons like these www.pvluk.com/chapter-8-chevrons/ and what certain signs and alerts mean are important parts of learning to drive safely.

Seatbelts – On 31st January 1983 came the introduction of the law stating that seatbelts must be worn when travelling in a car. Initially, this law was in place for people in the front seats of cars only, but cars then were being manufactured with seatbelts fitted in all seats (and had been since the 1960s, although then there was no legal requirement to actually wear them). In 1991, nearly 10 years later, the law was then changed again to make seatbelt wearing compulsory in all seats of the car, not just the front. The familiar slogan that you may still hear today came with this to increase public awareness of seatbelt wearing – ‘clunk click every trip’. 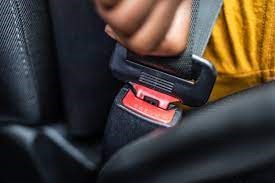 Zebra Crossings – With the increase in car ownership also came an additional risk to pedestrians – crossing the road could be a worrying or even deadly experience, and so in 1951, the first ever zebra crossing in the UK (and in fact in the world) was introduced in Slough. Many more followed around the country, including the famous crossing walked over by the Beatles at Abbey Road which is now a favourite tourist destination and world heritage site!

Smart Motorways – One of the recent additions to driving changes in the UK of course are the controversial smart motorways. They were brought in as a way to reduce the congestion on certain busy areas of the motorways and use variable speed limits as well as an additional lane in many cases to help achieve this. However, the problems lie in the additional lane – because of this, the motorways have been heavily criticised and labelled dangerous by many since their introduction in 2013. This is due to the fact that many of them, having the additional lane do not have a hard shoulder. This sparked concerns of breaking down in a lane of fast running traffic and having nowhere to go. For now, construction of them has been stopped because of this.