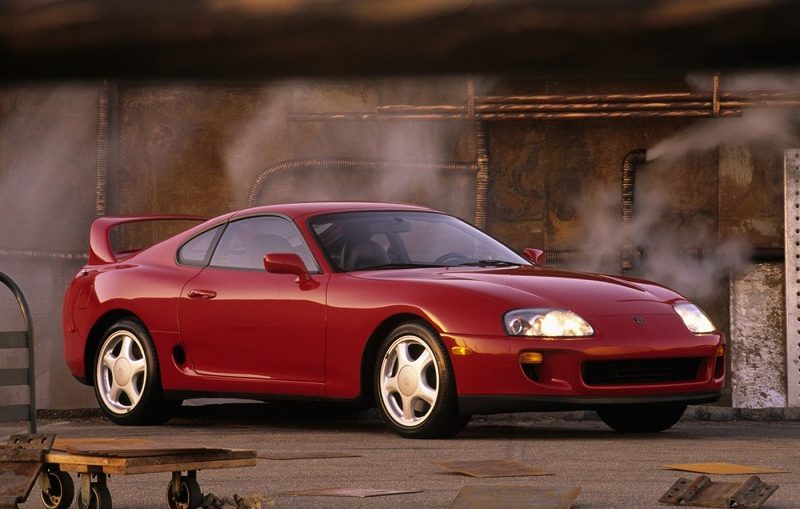 With the arrival of the new Toyota Supra A90, it seems that Japanese cars are experiencing a kind of silver age. To show just enough to see that Honda has returned to the NSX, Nissan does the same with the majestic GT-R, Subaru boasts a perfected WRX STi S209, or even Mazda, values ​​the idea of ​​launching a new RX-7. And this is to cite an example since the list can be pleasantly lengthened if we add cars such as Civic Type R, MX-5, 370Z, etc. Well, even Suzuki, we get a smile with the Swift Sport … and that I refrained from mentioning the premium divisions such as Infiniti and Lexus, which have their own little gems.

Ok, with cars this good, it’s hard to understand that there was a better time. But in truth there was. In fact, it’s no surprise that the 1990s are for Japanese sports cars, what the 1960s were for muscle cars. Literally, in this golden age, we saw all kinds of cars born from the country of the rising sun: big cars, roadsters, hot hatch; front, rear, all-wheel drive; naturally aspirated or turbocharged engines… there was literally no limit to the imagination of the Japanese engineers, who made the rear wings their calling card.

The truth is, to name all the Japanese sports cars would take us a long time, so we share a shortlist where we integrate the 10 most iconic models. It is only necessary to clarify that their order of appearance does not necessarily have to do with their historical importance. Without further ado, enjoy this collection that will delight JDM lovers. 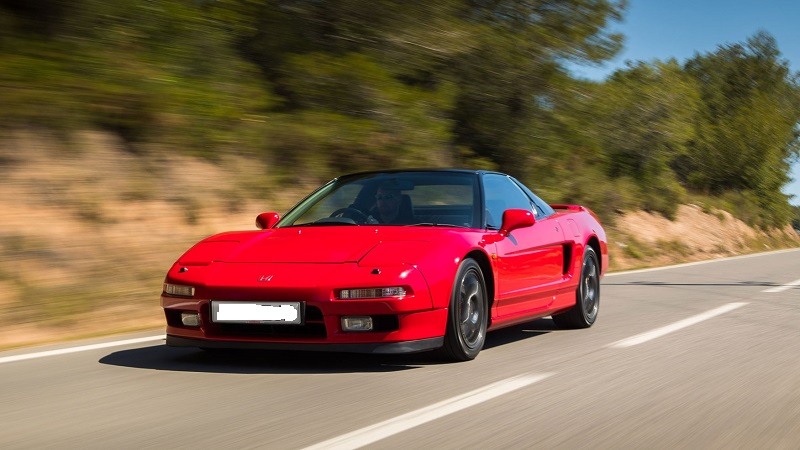 Known as the Japanese Ferrari, it boasted a set-up that had the collaboration of the legendary Brazilian driver Ayrton Senna. It was launched in 1990 and featured an innovative and lightweight aluminum monocoque chassis (its weight was 1,350 kg). The VTEC 3.0-liter V6 mid-size engine delivered 274 hp. When combined with a five-speed manual gearbox, they allowed it to accelerate from 0 to 100 km / h in 6.0 seconds and reach a top speed of 270 kilometers per hour. 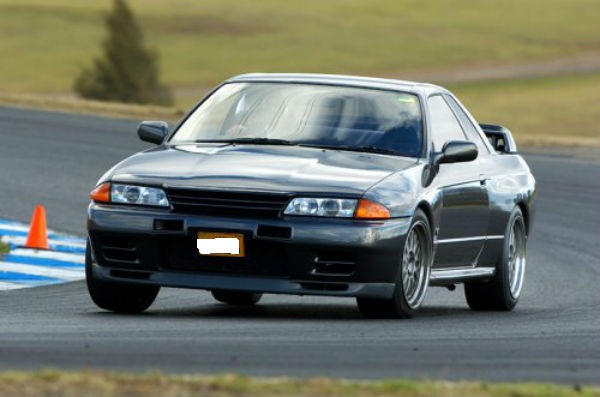 If we consider that during this time the R32, R33, and R34 coexisted, it would be unfair to only turn to a single model. Anyway, it is in this decade that this beastly car gains the nickname of Godzilla. The R32 was a rear-wheel drive, but from the R33 it adds a sophisticated all-wheel-drive system. In fact, the R34 can be said to be the culmination and refinement of the technologies experienced in its predecessors. This led him to set records on different circuits around the world, including the Nürburgring. Since then, it is the terror of Porsche. 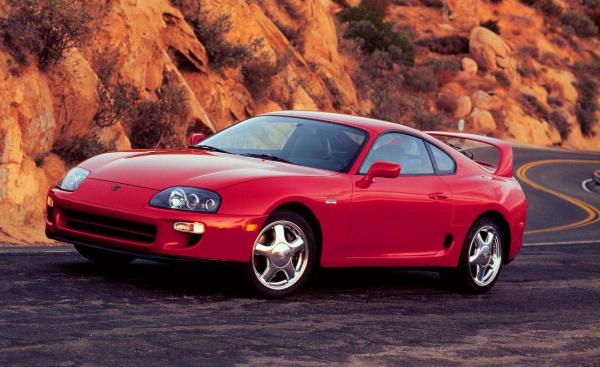 Although the Supra is a car that dates back to 1978. It is the Mk4, launched in 1993, the most emblematic model, being the star of the first installment of Fast and the Furious. Beyond its attractive Targa-like body, this car found its main attraction in the robust 3.0-liter twin-turbo 2JZ-GTE in-line six-cylinder (capable of delivering 320 Hp). For the base versions, this same engine was available, but without the inclusion of a turbo, it was only capable of delivering 220 horsepower. An iconic car, and quite coveted by collectors. 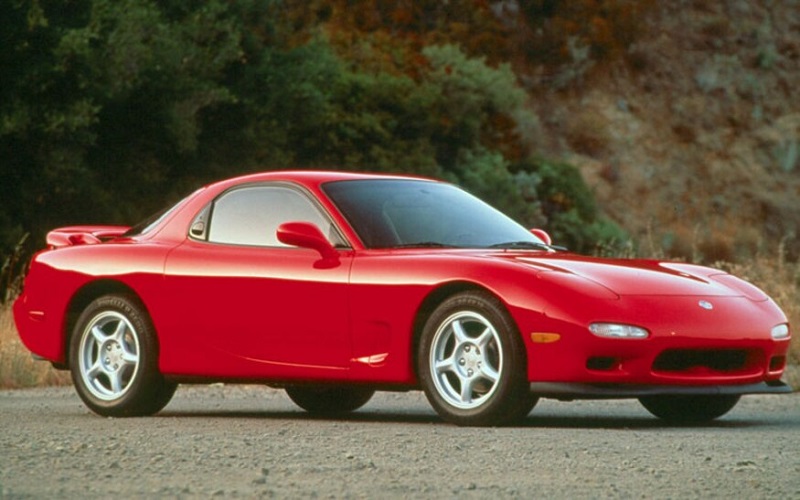 The third generation, known under the code FD, was launched in 1993 and ceased production in 2002. This car stands out for using a Wankel twin-turbo rotary engine of only 1.3 liters that in the first versions produced 255 hp, for its latest evolution reaching up to 280 horsepower. With a weight of 1,260 Hp, it is considered one of the best-balanced sports cars of its time. In fact, he is one of the protagonists of the manga/anime Initial D and The Fast and the Furious: Tokyo. 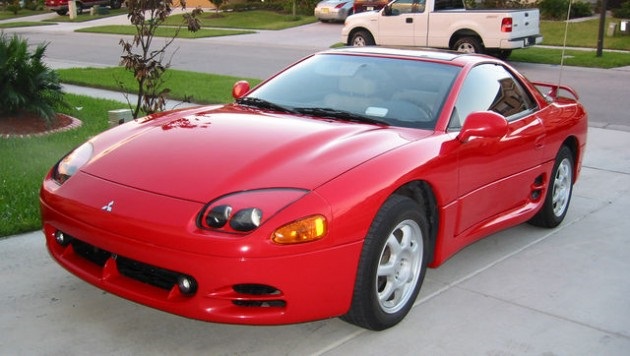 A car ahead of its time that was born in 1992. It was characterized by its high performance from combining a 3.0 V6 engine with twin-turbo, with an all-wheel-drive system with steer wheels, electronic suspension, and active aerodynamics. Technologies, more typical of a current Porsche, than of a car from 25 years ago. The power range between the base version and the more powerful variant was between 226 Hp to 394 horsepower. As a curiosity, he had an American twin known as the Dodge Stealth. 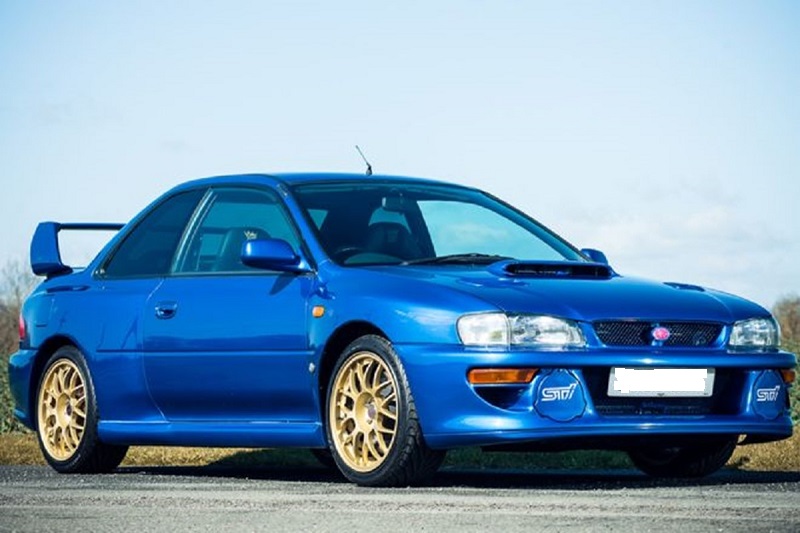 Subaru’s reputation in the rally world is due to this model. In fact, thanks to the enormous amount of victory, his name is associated with the mythical Colin McRae. The first generation of this Impreza powered by Subaru Technica International (STI), which depending on the region where it was marketed, the 2.0-liter turbocharged four-cylinder boxer engine, could deliver a power of between 211 to 280 Hp. Quite respectable figures, which, coupled with a contained weight of 1,240 kg, as well as an all-wheel-drive system, would confer such good acceleration that it put several European sports cars in trouble. 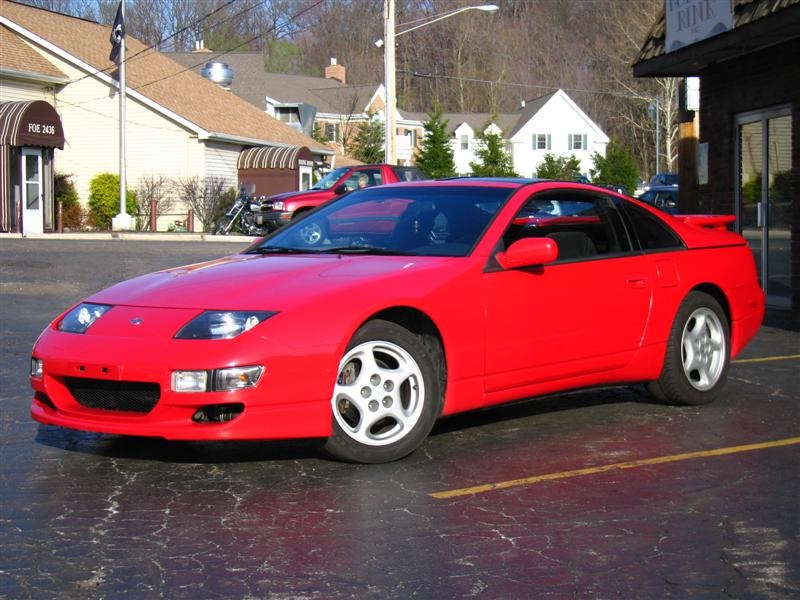 A member of the famed Nissan Z family lineage, this specimen was born in 1989, but obviously lived its best years in the 1990s. It stood out for the enormous technological dose it had. The base versions were powered by a 3.0-liter V6 capable of delivering 222 hp, but the top version threw the whole house out the window, since thanks to the coupling of a twin-turbo the engine raised its power to 300 horsepower. The power that was sent to the rear wheels. For added maneuverability, an optional four-wheel steering system was included. It is one of the few Japanese cars from the golden age, marketed in Mexico.

The first generation MX-5 made its international debut in 1989. It went on sale with a 1.6-liter naturally aspirated four-cylinder engine delivering 115 hp and 100 lb.-ft. of torque, which was mated to a five-speed manual transmission. speeds. The formula was completed with the rear-wheel drive and a weight of 940 kg. From the beginning, the MX5 was conceived under the “Jinba-Ittai” philosophy, which in Japanese means that the rider and his horse are one. Unsurprisingly, it was not high-performance, but its handling was exquisite. In 1994, it increased power to 133 horsepower.

Of course, we could not forget another icon of world rally and tuning. This car took the Lancer as its starting point, although in reality, the modifications were truly extreme. The original model was introduced in 1992, and since then each major update was distinguished by adding a Roman numeral to the name. In the nineties, the Evo I, Evo II, Evo III, Evo IV, and Evo V coexisted. By inheriting much of the technology of the WRC model (where it obtained a long list of victories), this all-wheel-drive car, became one of the lords and lords of the streets. You’ve probably seen the chase scene in the movie Who am I? Countless times. (1998) starring Jackie Chan and a white Evo.

And to close with a flourish we have a car that is somewhat unknown in Mexico, but that, on the contrary, has a large number of followers, not only in Japan but in Europe and the United States. It is the MR2, a small and light mid-engined sports car, which in its second generation (1989-1999) was dazzled by a 2.0-liter engine that, depending on the market and version, had a power range between 138 hp up to 242 horsepower. In addition, in the United States, a 2.2-liter with 130 hp was also available. Due to its peculiar configuration, it was named as the Ferrari for the poor.