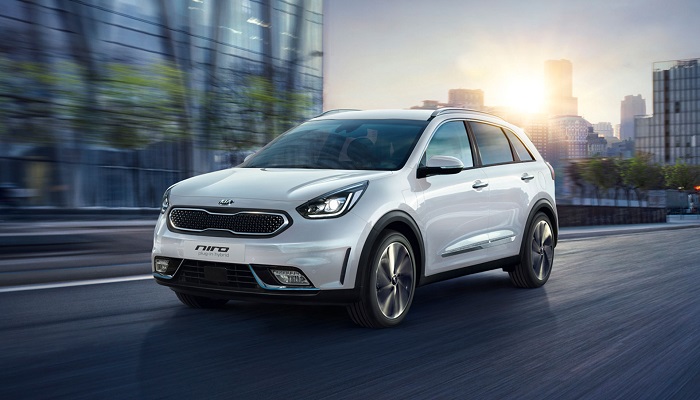 The year 2018 should be key in the consolidation and possible massification of hybrid car sales. Like vehicles with a combustion engine, each of them has its own seal and different objectives, both in terms of the number of sales and in terms of its target audience. Of course, they all have a common aspect: they are really good. Below we show you a selection of what we consider the eight best hybrid models for the next course:

The new Korean compact is the first model to be offered with electric, hybrid, and plug-in hybrid mechanics. This fact should exponentially increase your sales since it has numerous configuration options. The hybrid versions combine an electric motor with another 1.6 gasoline. Together they deliver 141 CV. It has an electric range of 50 km and homology a consumption of 3.4l / 100km. It is available from 23,900 euros. To learn more, do not miss the hybrid Hyundai Ioniq test.

As for the interior and comfort, the Ioniq in all its variants takes advantage of the jump in quality given by Hyundai, with a sophisticated interior and well-finished, a compact habitability and large luggage compartments. All Hyundai cars have an initial five-year warranty with no mileage limit for the powertrain, steering, suspension, and braking system. To this, the Ioniq models add up to eight years or 200,000 km for batteries, whichever comes first.

This Asian hybrid compact SUV is already on sale in our country at a price starting at 25,400 euros. It shares the platform with the Hyundai Ioniq and has a length of 4.35 m -the capacity of its trunk is 421 liters-. Among its standard equipment has the latest technology and whatever the finish will incorporate, among others, starting assistant slope, Bluetooth, Start / Stop, bi-zone climate control, LED daytime running lights and speed control with the limiter. Here you can read our Kia Niro test.Best hybrid car

The thermal engine is a 1.6 liter of 105 HP; while the electric can move the car by itself and helps the first in moments of high acceleration, adding together 141 HP of maximum power. The change is automatic dual-clutch six-speed. A hybrid plug-in version will arrive in 2018 with the same power and with an electric range of 55 km in the NEDC cycle, although with a little less luggage space.

The hybrid variant of this great premium British SUV competes against the best of the segment, such as the Porsche Cayenne or the BMW X5. Its mechanics deliver a combined power of 340 hp, which allows it to accelerate from 0 to 100 km / h in just 6.7 seconds despite having a weight that exceeds two tons. Its interior can be configured with five or seven seats and is available in Spain at a price that ‘starts’ at 99,300 euros.

The Range Rover Sport is not a light or the cheap car, but it is without a doubt one of the best off-roaders on the market. And it is because it combines a great performance on asphalt with some possibilities in the field, without sacrificing luxury and refined riding comfort. It has an aluminum body of 4.85 meters long and almost 1.9 meters wide, which allows it to offer up to 7 seats.

One of the hybrids par excellence of the home market due to its reliability and experience is the Toyota Auris. The Japanese compact has just received a facelift that increases its appeal and in its hybrid version is offered from 21,970 euros, a very affordable price. It has an engine that delivers 136 hp in total; and what is more important, homology an average consumption of 3.5 l / 100km, thanks to which registers an autonomy that exceeds 1,400 km. In addition, its benefits are not bad, much less, because it accelerates from 0 to 100 km / h in 10.9 seconds.Best hybrid car

The five-door bodies and the familiar Touring Sports that is 26 cm longer and a trunk that increases by 170 liters are maintained. Regarding the equipment, the hybrid has three levels (Active, Feel! And Advance), while the rest of the engines are satisfied with the first two.

Toyota’s new compact crossover is marked, in addition to its hybrid propeller, by a design full of character and coupe-like. It is already on sale from a price that starts at 24,250 euros. It delivers a power of 122 hp and has three levels of equipment -Active, Advance and Dynamic Plus- that already from the entry level to the range offer a very generous endowment, with the rear view camera, 17-inch alloy wheels or an 8-inch multimedia touchscreen. We tested it recently, you can read here the Toyota C-HR test.

Its body has coupé shapes, with little height to the ground which does not allow it to leave much of the asphalt. It has a sharp drop of the roof in the back that lets in little light through its small windows. Regarding an Auris, its occupants are sitting a few inches higher and increases the capacity of the boot by 17 liters when compared to the five-door body.

The fourth generation of the Toyota Prius hit the market in 2016 with a radical revolution in terms of design. Now it has a sharper body in search of an improvement of the aerodynamics and visual impact, and that has even allowed achieving a greater capacity of the trunk. Inside, it has also chosen to remove the large separation between the front seats and keep all the information in the center of the dashboard, including the instrumentation panel.

His system of propulsion of hybrid nature is what gave him fame. But has decreased the power of the combustion engine from 136 to 122 hp.

which is now noticeable less inside the passenger compartment. This has reduced their performance a bit by increasing the test from 0 to 100 km / h two tenths. But above all the consumption has fallen by a figure of 3.3 liters in combined cycle. In parallel to this, the capacity of the battery has been increased. Which together with an improvement in the regeneration of energy has allowed the Prius to circulate for more time in fully electric mode.

The compact Lexus has been with us since 2011 but has received periodic updates, end of 2017. Externally, the CT 200h now has a more energetic image thanks to more sports bumpers, a larger grille and headlights . Inside, the changes are subtle, but highlights the new 10.3-inch screen and the innovative steering wheel buttons.

Lexus also introduces new upholstery. Despite these changes, the CT 200h maintains its 4.35 m in length and the Lexus premium style. Although its main feature is its hybrid engine, which still has the same 1.8-liter engine coupled with an electric motor.

Best hybrid car. Fuel consumption is low, especially in the city. The automatic change of this Lexus favors that adjusted consumption, however, it is detrimental to the driving sensations.Best hybrid car

This medium SUV stands out for offering an interior with great habitability – it is offered in seven-seater versions. After an update received in 2016, in Spain it is marketed with an atmospheric 2.0-hp engine.150 hp which

can be purchased with all-wheel drive and / or automatic change of six relationships.

In addition, the Outlander is offered with a hybrid mechanic – its best-selling version in our country.

Consisting of a gasoline engine and two electric motors that, together, deliver 203 hp. This variant, with all-wheel drive and automatic transmission. It offers 54 km of electric autonomy and is only marketed with the Kaiteki top finish.